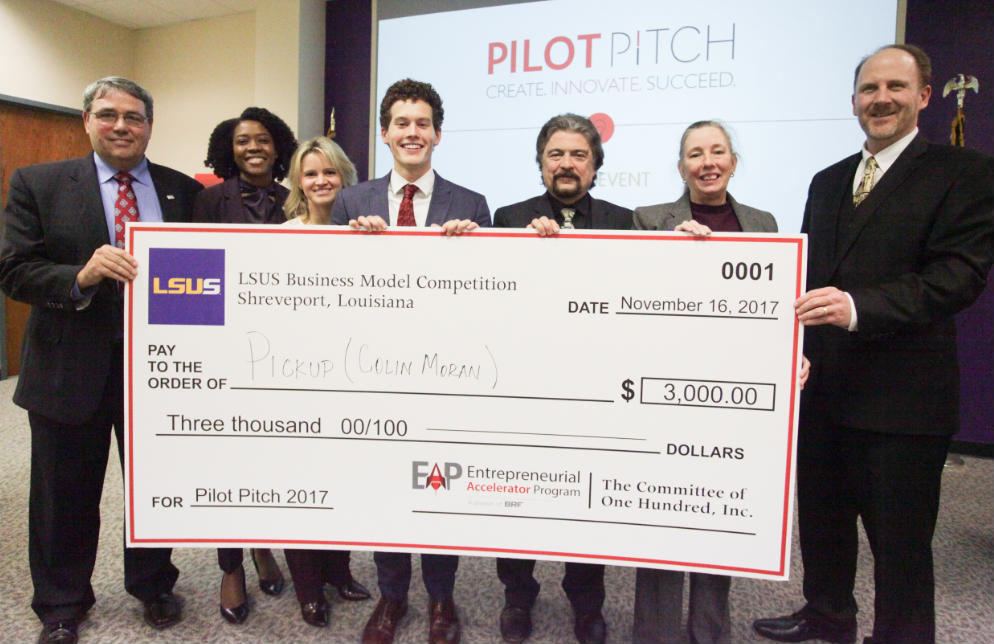 Moran was awarded $3,000 for pitching his business model concept for a social app called Pick-up, which helps users network and meet to play sports. The competition was hosted on LSUS campus last week.

“The goal of Pick-up is to connect individuals in the community to pick-up sports. Right now, there’s a lapse in organization and I’m looking to provide that,” Moran said.

Pick-up sports or a pick-up game is a term for just-for-fun sporting events in which players meet at public parks or courts to team up and compete against each other in ultimate frisbee, soccer or any other team sport.

Moran said he has been mulling over the idea for the app for about a year and a half.

“So far I’ve gotten great feedback about it and I want to pursue it,” he said.

Moran plans to work with local patent attorney Charles Holoubek to secure a patent as the next step in launching his business. 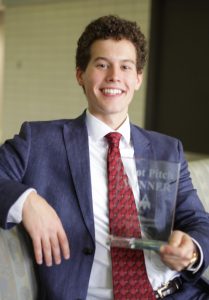 He received coaching from EAP portfolio company entrepreneur Wayne Nix, founder of RNvention, for his pitch, and was connected to several other resources to help him refine his concept, including EAP’s team of financial analysts – Julie Gilley, Nick Oliver and Caryn Chalmers.

“The most valuable thing about this experience has been connecting to this group – everyone from the EAP, the Louisiana New Product Development Team, and CoHab. It was great to meet this group,” Moran said.

Moran said the experience of pitching his concept and business model in front of a panel of experts gave him more confidence to pursue his goal of becoming an entrepreneur – after he finishes his degree at LSUS.

“We congratulate Colin on his success and for taking a first step toward launching his own business. To successfully develop a pitch and business model is integral in earning funding to take an idea from concept to commercialization. We wish him the best and congratulate all our Pilot Pitch finalists,” said Dave Smith, EAP Executive Director.

In second place and winner of a $1,000 prize was Patrick Desamours, of Marlboro, Maryland, an online graduate student and founder of AgiMet, a Haitian eggs project focused on sustainability and job growth for the Haitian people.

Desamours traveled to Shreveport to pitch his concept, which he said will provide the Haitian people with a way to sustain themselves, rather than reinforcing dependence upon nonprofit and charitable contributions.

“We did a pilot to prove this would work and operated the business at a profit, selling eggs to local businesses and markets,” Desamours said. He plans to officially launch the project and business in February of 2018.

In third place and winner of $500 was Payne Mitchel, of Shreveport, a graduate student and the founder of The Local Cookie, a locally sourced and deliverable fresh cookie business with a corresponding app for ease of order and delivery.

Other finalists were Noah Riggs, a freshman and founder of 318 Café, an organic café concept with a philanthropic tipping system to fund city projects; ShaVanety Jones, of Shreveport, a graduate student and founder of Owl-Nighter, an extended hours student center for the LSUS campus; and Tyler Crochet, of Bossier City, a junior and founder of Muze Pop, a subscription-based digital comic magazine featuring creatives and writers from LSUS.

BRF’s EAP partnered with LSUS for the competition, sponsored by LSUS, EAP and its parent organization BRF, the Committee of One Hundred, Davis and Bujold, and Segue Science Management. 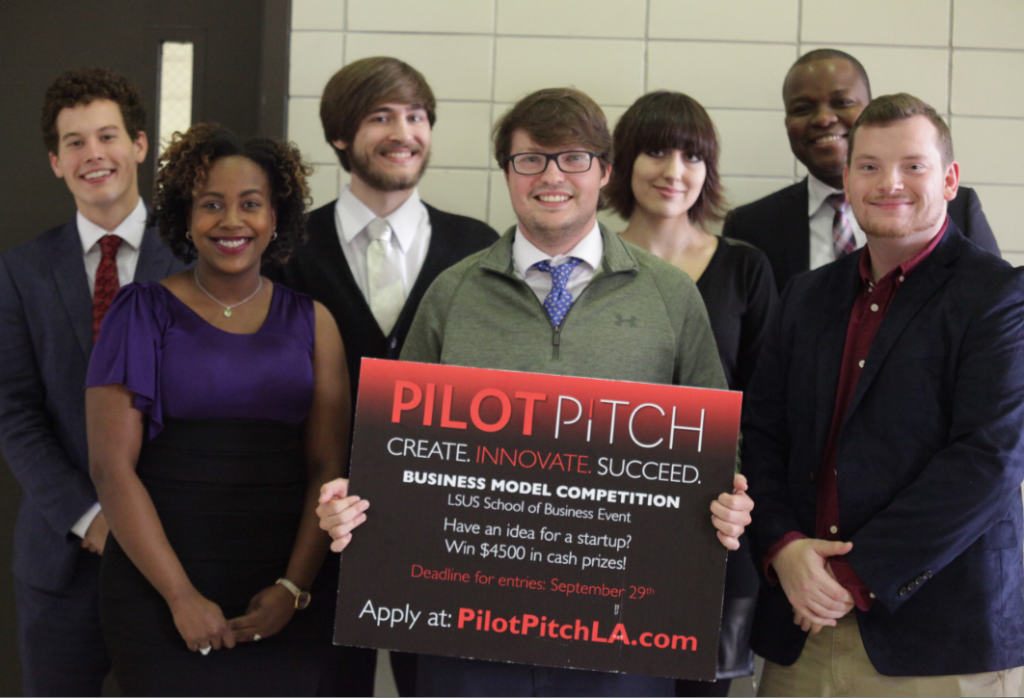 The three top winners will receive EAP services, which include assistance with business plans, financial analysis, and modeling, market analysis, market industry research, and help to find funding opportunities – whether through a bank, grants or angel investors.

The top 20 in the completion that made it to the workshop phase, Phase II, received scholarships to enter the Louisiana Startup Prize.

Read about it at the Shreveport Times

The Entrepreneurial Accelerator Program (EAP) helps create wealth for entrepreneurs by analyzing viable ideas and products, matching them with informed investors, and nurturing them toward rewarding markets.